LIAM GALLAGHER: AS IT WAS tells the honest and emotional story of how one of the most electrifying rock’n’roll frontmen went from the dizzying heights of his champagne supernova years in Oasis to living on the edge, ostracised and lost in the musical wilderness of booze, notoriety and bitter legal battles. Starting again alone, stripped bare and with nowhere to hide, Liam risks everything to make the greatest comeback of all time.

The film was a commercial success playing in over 280 cinemas across the UK and USA. The film also screened at Warsaw Film Festival 2019 and was televised on BBC 2. It later sold to NETFLIX.

Winner of Best Documentary at the National Film Awards UK 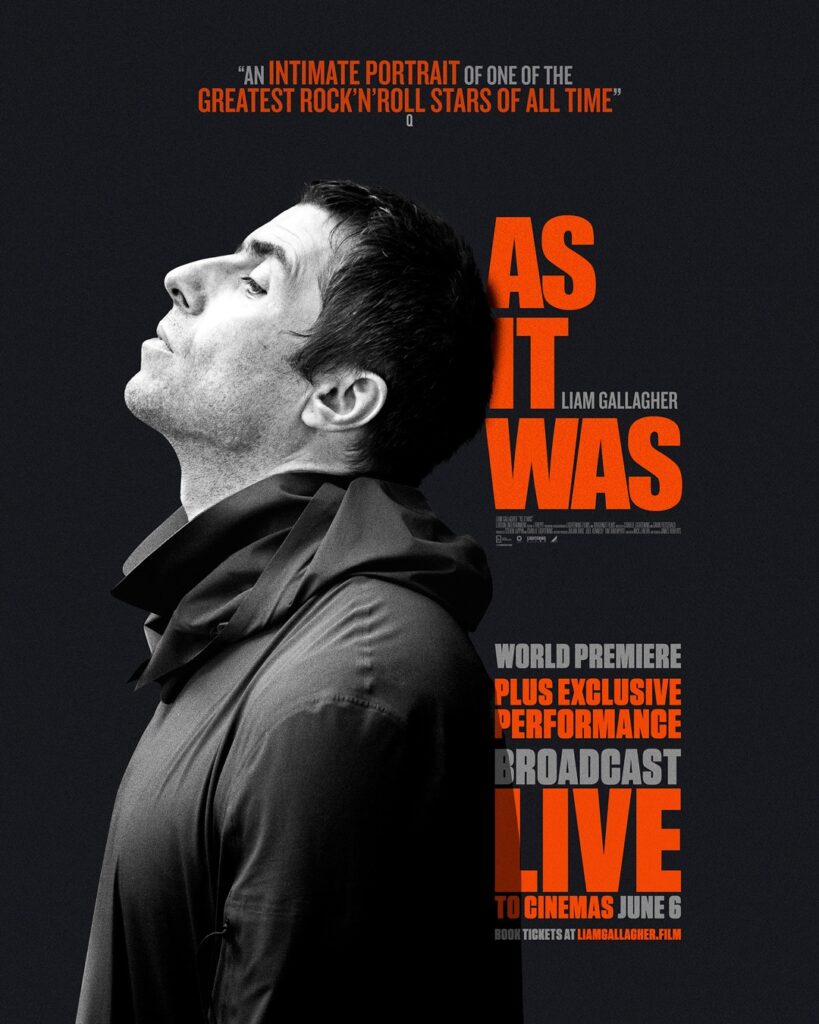